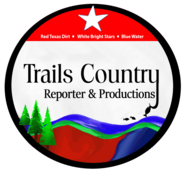 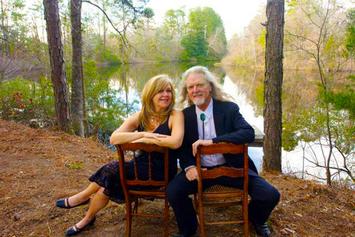 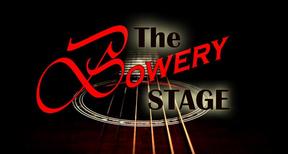 From Texas’ upper east side in the rural arts hamlet of Winnsboro, award-winning performing songwriters Lynn Adler and Lindy Hearne (self-proclaimed “organic song farmers”) tour nationally, serving up seasoned original songs mixed with fresh harvests of homegrown music in a spirited and soulful genre they define simply as "Texas Folk,” with subtle jazz and blues overtones.  Adler & Hearne have made a huge step toward bringing folk music back into the spotlight this decade.


LOCATION:  Winnsboro is about 90 minutes from the DFW area, nestled just 20 miles southeast of Sulphur Springs at the crossroads of Winnsboro on Hwy 11 at Hwy 37.  The Winnsboro Center for the Arts is located at 200 Market Street, in the The Bowery arts district directly across from the Train Depot on TX State Hwy 11 (Broadway) at TX State Hwy 37 (Main Street).

[Winnsboro, Texas] September 9, 2015 - Folk/Americana singer-songwriter duo Adler & Hearne headlined on The Bowery Stage at the Winnsboro Center for the Arts on this Saturday, September 12, 2015 at 7:30 p.m. Special musical guest was Kurt Bittner of Sulphur Springs.  It was a wonderful turn out and the audience fully enjoyed the couple's enriching and spirited dynamic performance.

​For more information on Lynn Adler and Lindy Hearne, their touring itinerary and their Spring Hollow Organic Song Farm outside Winnsboro, visit them online at https://adlerandhearne.bandcamp.com/.

​Adler & Hearne released their fourth duo CD last year – “Second Nature,” produced by Texas music icon Lloyd Maines, and recorded at The Zone in Dripping Springs outside Austin. In keeping with their other recordings, their latest CD includes songs with deep roots in their East Texas piney woods home. The September 12 concert featured a number of those songs, including other signature songs, and even a jazz cover or two – with Bittner sitting in on their sets, and opening the show.

CHECK directly with the WCA for their current events.