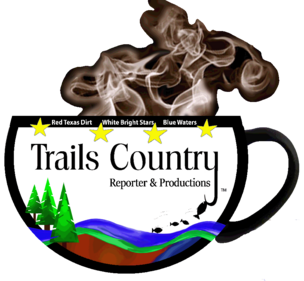 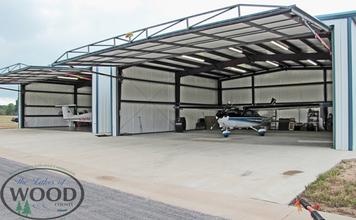 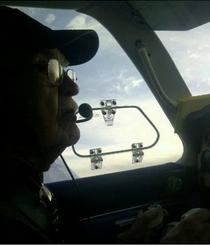 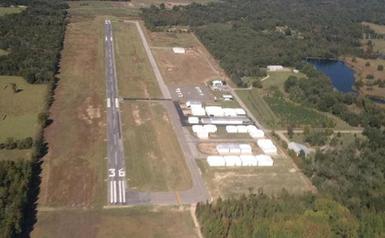 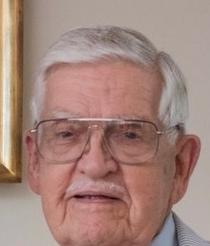 He graduated from Mineola High School in 1941 and went on to Rice University (then called the Rice Institute).  His studies were interrupted by Naval service as a commissioned officer in World War II in the Pacific.

After the war, Wayne completed a Bachelor of Science degree in civil engineering at Rice on the G.I. Bill, through which he also obtained his pilot’s license. Wayne remained in the Naval Reserve after the war, eventually retiring at the rank of Captain.

After graduating from Rice, Wayne joined his father in the family business – then Collins dry cleaning, tailoring, and mensware -- in Mineola.  That same year, 1948, Wayne married Frances McBride and the following year they built the house on North Johnson St. in Mineola where they resided until their deaths. From the early 1950s, Wayne served as a civic leader on many fronts in Mineola and beyond, twice as President of the Chamber of Commerce, as the leader of various civic initiatives, on planning and zoning boards, and as President of the Texas Retail Federation.  Having worked with his father to expand the Mineola “Collins” store to include women’s clothing in the 1950s, in 1962, Wayne opened a second store in Athens.  Another followed in Bergfeld Center in Tyler in 1967.  He briefly operated a second store in Mineola in the late 60s (called "Dana's”) and for a decade in the late 70s-early 80s, a fourth store also operated in Broadway square mall in Tyler.  An east Texas landmark, the Collins stores (and Wayne!) lived up to their motto: “First in Fashion, Value, Service.” In 1995, Wayne took his first retirement, when he closed the Collins stores.  (Actually it was his second retirement, if you count his twenty years of naval reserve service.)

Soon after the store closing, Wayne went to work at First Service Bank, an institution which he had helped found and for which he had previously served as Chairman of the Board.  He failed retirement from that position, too, carrying on afterwards as the chair of the Wood County airport board, yet another institution he had helped found, and which was renamed Wood County Airport Collins Field in his honor in 2017.  He recently retired from that role as well, although he continued to lead formation flying clinics and play trumpet with the Lake Country Orchestra, among many other activities.

He was a lifelong member of First Baptist Church, and a dedicated member of the Rotary Club. Most recently, the Mineola Chamber of Commerce honored him with a lifetime entrepreneur award and he served as the Grand Marshal of Mineola’s 2018 Christmas Parade.

After his family, flying was the love and constant of Wayne’s life.  As a toddler he had a pedal-plane instead of the usual tricycle!  Wayne flew his beloved single-engine Beechcraft Bonanza N850T around the world twice (and partially many other times!), served as the founding organizer for formation flights to annual fly-ins at Oshkosh since 1990, provided help to families needing transportation to specialized medical care through Angel Flights, introduced numerous young people to flying through the Young Eagle program, and delivered two single-engine planes to medical missionaries in Africa for Wings of Hope.

Wayne was pre-deceased by his beloved wife, Frances. He is survived by his children Craig (Lori), Corey, Cristle (Robert), and Clay (Jana), and grandchildren Alexis, Sophie, Brittany, Chelsea, Katie, Hannah, Sarah, Wesley, Spencer and Elizabeth, as well as several nieces and nephews.

The family requests memorials gifts in lieu of flowers.  In a sign of just how many organizations Wayne was committed to, the family found it hard to narrow down the list, but suggests that memorials may be made to First Baptist Church of Mineola, the Mineola Civic Center endowment, Angel Flight (http://www.angelflight.com), the National Alliance for Mental Illness (nami.org), or to any of the other civic organizations with which Wayne was connected.

Arrangements are being handled by Beaty Funeral Home in Mineola.

The funeral service will be held at First Baptist Church on Saturday afternoon, February 2 at 2 p.m., with visitation beforehand at the church at 1 p.m.  Graveside service with veteran’s burial honors will follow in Roselawn Memorial Gardens.

After the burial, the family invites all to join for a reception at Wood County Airport Collins Field, 311 Co Rd 2355, Mineola, TX 75773.

Pilot who flew around the world Twice,

Collins, a World War II vet, flew around the world twice. In his earlier years, Collins owned a fine men’s clothing store in Mineola. He was an instrumental part of the founding of the Wood County Airport decades ago, and spirited member of the LCS Band, and active in Boy Scouts.

“Wayne Collins has been an active pilot since the mid 1940’s when he learned to fly at Wisener Field. He has flown twice around the world, once with Dr. Howard & Janice Wisner. He has flown solo long distances to Australia and to South America and he has participated in air races. He helped organize the first Bonanza formation fly-in to Oshkosh and is a member of the Bonanza V-Tail formation group. Active in business and civic affairs he was instrumental in establishing Wood County Airport....”

In 2012, Collins provided Chana Gail Willis an aerial tour of East Texas, taking off and landing at Wood County.  We´ll post a tribute video later this week,of his piloting skills at 88! The Airport picture below is one Willis snapped of her Collins flight, the Wood County Collins Field.  Collins was renowned for giving tours to area citizens and boyscouts.  See a nice Collins interview here! https://youtu.be/pGD3F7Xq9G8