[12/26/2022 [/Wood County, TX - Crime]  Around midnight 12/25/2022, social media page “Hunt County Theft Reports” posted about two escaped inmates from Hinds County, Mississippi who may be in the Wood County TX area, after a stolen church van was pulled out of Lake Fork near Alba.

Copies of the Hunt County Thefts (TX) social media is located at https://www.facebook.com/txscanneronline/, reference and information only; and is second hand information; we are waiting to hear back directly from Hinds County Mississippi Sheriff’s office.

Trails Country reviewed the Hunt County Thefts social media post and the phone number for the Hinds County MS office crime tip lines was missing one digit. Their source of their quoted info was not included, so we reached out to get first hand information directly from Hinds County Sheriff’s office.

HCSO confirmed they believe the stolen church van found in Lake Fork in Wood County is related to the escaped inmates.

As a SERVICE to WOOD COUNTY TX citizens, we are providing the phone number for BOTH sheriff offices and reposting the pictures of the suspects as posted by Hunt County.

Then twenty hours later, after the “Hunt County Theft” social media post, at approximately 7:30 on 12/26/2022, the Wood County Sheriff’s issued a statement on their social media, concerning the event, with a picture of WCSO.

It contained no BOLO (Be On the Lookout) nor pictures of the escaped inmates. It is also not known whom posted the WCSO social media post, as it was not signed and no phone number was provided for citizen leads or possible sightings. The WCSO Public Information Officer is not known.

The WCSO statement said verbatim (word for word) , “On 12/25/2022 Wood County Sheriff’s Office was contacted in reference to a van driving into the water off of 154 into Lake Fork.

Divers from Quitman Fire Department eventually located the vehicle and recovery was made.

No one was found to be in the vehicle, however the van was confirmed stolen from Hinds County, Mississippi. According to witnesses on scene, two male subjects were spotted near the van and reportedly left in a white or silver older model Toyota or Honda compact vehicle.

It is believed the two subjects at the boat ramp had escaped from the Hinds County Correctional Facility in Jackson, Mississippi. The van had been stolen less than a mile from the correctional facility.

At the time of this release, it is unknown where the other vehicle is from. It should be noted that there is no confirmation of these being the escaped individuals, however out of an abundance of caution, deputies from the Wood County Sheriff’s Office as well as State Highway Patrol have been in the area since locating the stolen van.

Neither escapee has any ties to the Wood County area, however they do have ties in the Dallas/Fort Worth area.

The two escaped individuals from Hinds County are identified as Tyler Charles Payne (incarcerated for a car jacking charge), and Traverro Behzad McElroy (incarcerated on a murder charge).

Payne is described as a white male with multiple tattoos including a tattoo on his neck. He is 5’11 and 195lbs with green eyes and a shaved head.

Both are considered dangerous and if either of them are possibly seen in the area please call 911, and do not approach them.

While we do not believe these two to be in the area, this is put out for public information to keep our citizens informed and out of an abundance of caution.”
Source:  https://www.facebook.com/profile.php?id=100072343752072
End of WCSO social media post 12-26-2022.
C.g. Willis
Trails Country Reporter

At Trails Country, we don’t just re-issue other sourced news, we also dig deep and verify and “move info to empower others to make informed decisions.”

The Winnsboro City Council is slated to cover multiple items in tonight's regular meeting, including departmental reports, new water tower ($350,000) and the following, summarized. The meeting is at 5:30 at 501 S. Main. 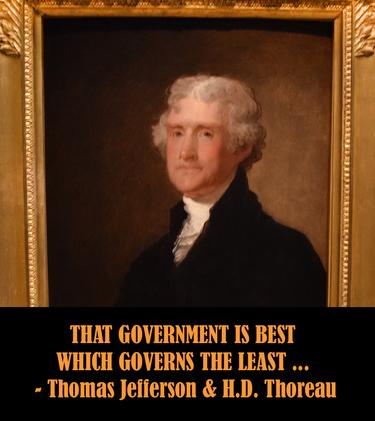 The city of Winnsboro was perhaps too hasty without facts in defunding the Wood County Fire Marshall yearly services contract of roughly $5600 in the 2020-2021 budget MEETING Monday September 21.

Councilman Cris Columbus asked Wood County Fire Marshall Tully Davidson, in an email, a good question but perhaps the wrong question. It can be confusing. The email Columbus read asked about available time for “building inspections and health inspections.”

I don’t believe that is Tully’s job. He does fire inspections, fire investigations and serves as the emergency management safety officer for the County.

I made the informational announcement of the city of Winnsboro defunding the County Fire Marshall at the Commissioner’s Court 9/22/2030 regular meeting, and the quoted the email Columbus read at the council meeting last night. I also offered some ideas for immediate solutions. They were surprised.

I also provided the same solutions info to the Commissioners and to Mayor Wilcox.
TCR is working on obtaining a copy of the Wood County Fire Marshall’s duties, that includes fire extinguisher inspection and fires. Not building inspections; A CITY’s code inspector does building inspections. That’s different than a fire inspection. “Restaurants do get reviewed annually out of Tyler,” one restaurant owner stated.

Davidson covers 696 square miles of Wood County, and keeps a busy schedule.  He was quick to respond to services need for each of the large fires in Winnsboro in the last two years.

THE CITY made a decision on defunding the County Fire Marshall services without looking at the contract of services agreement in the council meeting. Staff did not present a copy. Did the city review any services document before defunding? Did any council member talk with Commissioner Acker on this topic prior to voting?
Before terminating existing services, were any bid quotes on alternative fire inspection services obtained? Will this impact the city’s ISO rating? That rating effects everyone’s insurance rates.

Too much at the city appears to be presented as verbal and sometimes or apparently not checked out, researched, vetted or documented. The Wood County Fire Marshall was apparently not notified of this possibility to the council meeting, to provide accurate info on his services. Neither was our city’s incoming Fire Chief, as he stated in a social media post he never received a call from staff or council on this topic before last night’s meeting.
The Precinct Commissioner indicated they were not called or contacted or asked about this topic prior to the city council meeting, either, and the repercussions moving forward.

The possible SOLUTION is this: Gather verified intel and work together. Look at the county contract. Talk with Tully (County Fire Marshall) and Commissioner Acker and the city’s Fire Chief at a council meeting.

The solution is simple. Amend the city budget to re-instate the county funding. Or the expenses may be astronomical on a per case basis for FIRE inspections.

I’m sure a solution will be swiftly addressed. As Winnsboro council member Joan Morris stated last night in the council meeting, there’s STILL plenty of time to hold another meeting, 7 days are still available.

TIME TO ADJUST THE BUDGET AND MAKE IT RIGHT

If notice is posted tomorrow there could be a meeting in three days (72 hours) to get this budget RIGHT, amended, how about even BALANCING IT, where planned expenses equals planned revenue.  This fiscal year 2020'21 budget sorely lacks full transparency and financial disclosure of a city municipality’s debts obligations and structure, revolving loans, investments, projects, departmental detail as performed in the past.  Additionally, the citizens deserve to know full disclosure of payroll and burden (benefits) for EVERY position.

The citizens deserve to know details, and some of this is covered by state law on budgets.

IF THERE ARE ERRORS, MISTAKES, TYPOS IN THE MATERIALS ON THIS WEBSITE, PLEASE NOTIFY US VIA EMAIL AT WOODCOUNTYTEXAS @ GMAIL . COM AND WE WILL GLADLY MAKE THE CORRECTIONS. 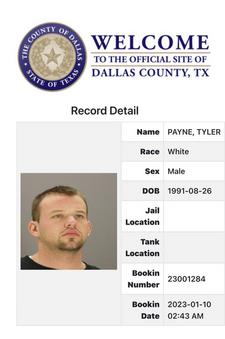 Councilmember Columbus read aloud an email interaction between himself and the Wood County Fire Marshall, to which The response is that he is not able to respond to requests for building safety checks (fire code inspections) because of his heavy workload. The WCFM covers the entire county. The video showing the email outloud is at 1 hour 30 minutes mark. (Columbus begins speaking at the 1hr. 27 minute mark), at this Facebook previously posted live video by TCR, https://www.facebook.com/watch/?v=996424200874048

Council members Cris Columbus and Joan Morris were praised for responding to citizens emails. Morris held up a stack of 50 emails (pages) to which she responded to, thanking the constituents for their input and heartfelt pleas, particularly for declining the new position of Fire Marshall / Health Inspector. (Her comments begin at the one hour 16 minute mark).

Council member Morris also advocated with Columbus that “now is not the time for the Fire Marshall.” After their pleas and hearing public input, Michael Jaynes also stated that now is probably not the time. It’s been a tough year for everyone.

Morris was the lone dissent on approving the actual budget for the stated reason the budget did not disclose full details, that is it itemizations by department, referring to the scant 17 pages.

In an email Monday morning , I noted The Winnsboro budget (that passed) was also missing critical components as required by state law. Each council member was sent an email reflecting those items yesterday morning.

The approved budget provides a 2% Cost of Living Adjustment (COLA), and a 5% base pay adjustment for the Police Department to bring their compensation more in line with their peers in other communities. 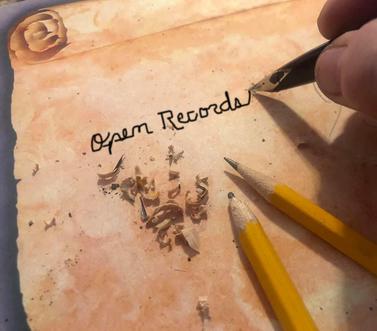 Wood County, TX  & Other Areas of the East Texas