​PLEASE ENJOY THE BEAUTY OF THE WINNSBORO, TEXAS AREA. This video is presented as a courtesy with a single license for use for WinnsboroTexas.org and AutumnTrails A's Association and C.G. Willis.  All Rights Reserved of original copyright holder; please contact for use or  redistribution. CONTACT US.  Thank you. 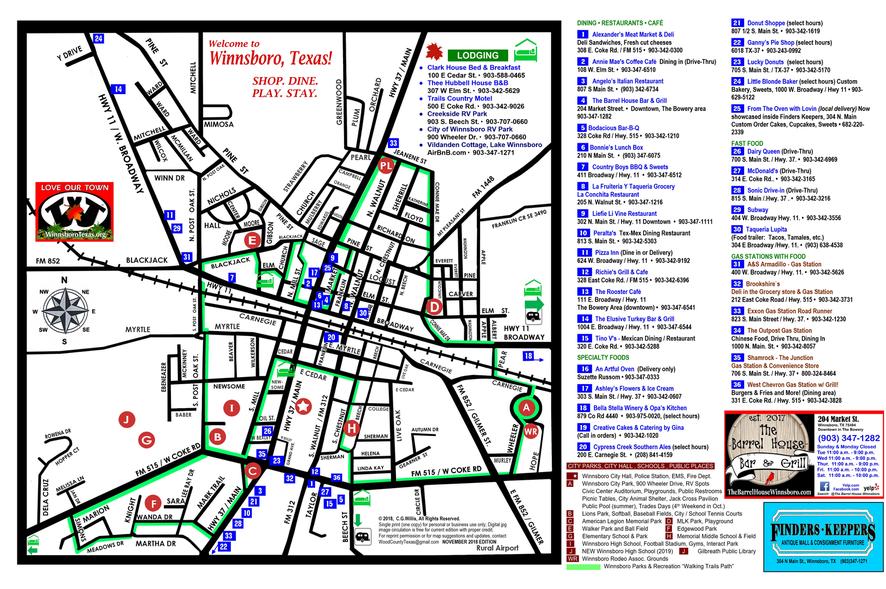 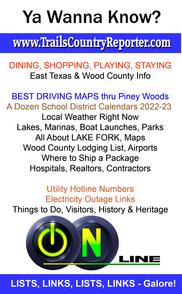 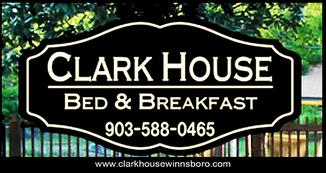 Click on the puppy dog to link to the Winnsboro Animal Shelter. 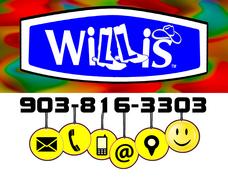 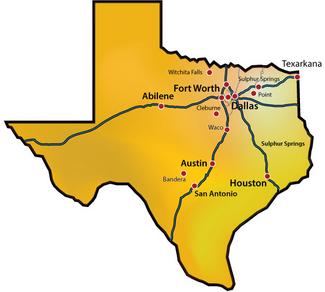 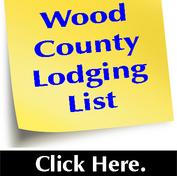 TIP:  IF YOU CANNOT READ THE CALENDAR ON YOUR MOBILE DEVICE, GO TO THE BOTTOM OF THE PAGE AND CLICK "DESKSTOP VIEW". 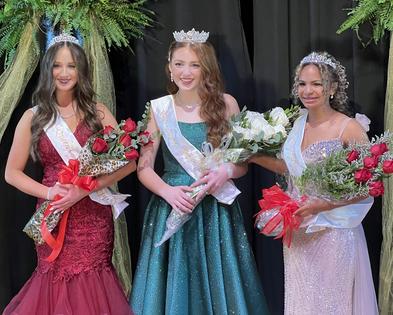 PLEASE SHARE THE BEAUTY OF THE WINNSBORO, TEXAS AREA.  THIS PROMOTIONAL VIDEO SOURCED UNDER OPEN RECORDS AND PUBLIC DOMAIN ACCESS AT YOUTUBE.COM; PROMOTED BY THE CITY OF WINNSBORO AND ECONOMIC DEVELOPMENT; PAID FOR WITH PUBLIC FUNDS.   THE OFFICIAL CITY OF WINNSBORO WEBSITE IS LOCATED AT WWW.CITYOFWINNSBORO.ORG. 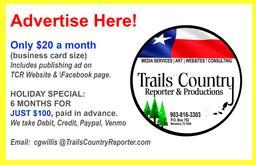 and Market Trade Area of 250,000 in an eight county contiguous radius census tract.

It's Proximity:   The Wood County Area is Rural yet is close enough

It's just A tank away for a day!

It's laid back at a different pace than many suburban cities crawling with traffic, smog and lines.

It's Shovel Ready for Measured Growth. 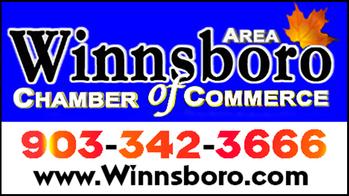 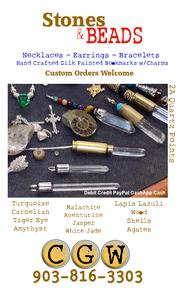 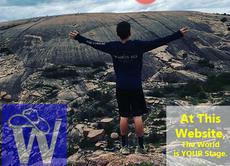 What Aircraft is that flying over head?  Click to see Flight Aware Live info. 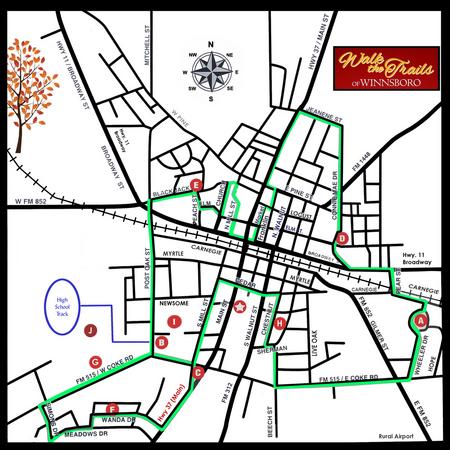 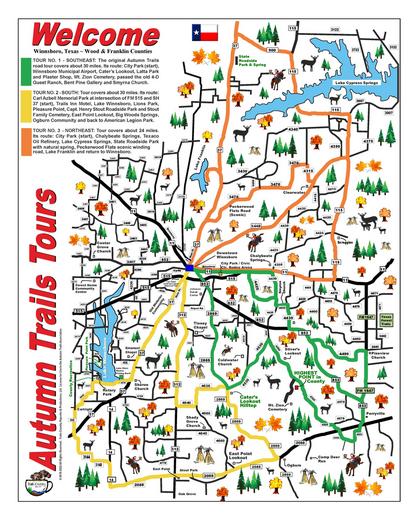 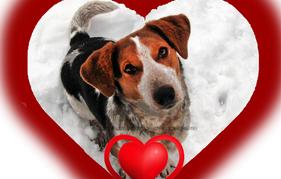 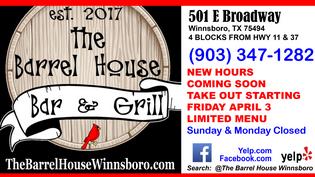 Beginning on January 31, 2022, the City of Winnsboro is recording their public meetings and uploading to their Youtube channel.   This is part of the most recent city council meeting from Tuesday, February 8, 2022.  The Youtube channel is located at this web url address:

About the Self Guided Driving Tour & Autumn Trails (click for article) ​

See Peckerwood Flats, where the towering pines and hardwoods canopy the rural roadways, and travel along some of the most beautiful winding roads and highest points of the county area. 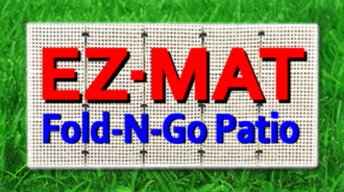 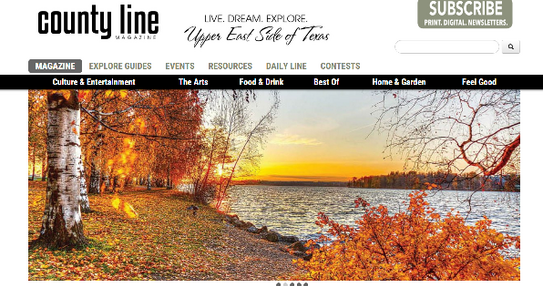 Beach in Wood County
Come enjoy one of the most incredible white-sand beaches and some of the clearest water in the Pineywoods of Northeast Texas at beautiful Lake Hawkins.

​https://lakehawkinsrvpark.com/facilities/beach/
Beach / Day Use, Open 8 am to dark
$5/person* (Cash, credit card, Apple Pay accepted)
Children 4 and under are free
* $10 per person for HOLIDAYS and holiday weekends (Memorial Day, July 4th, Labor Day).  We reserve the right to shut the gate at any time due to capacity limits.

Be sure and visit the Winnsboro Historical Museum:  The museum is open from 1-4pm on Fridays and 10am-4pm on Saturdays. Location is 100 Broadway at the old Train Depot, on the southeast corner of Broadway (Hwy. 11) and Main (Hwy 37) in Winnsboro, TX. Call (903) 347-2634 and schedule group visits by appointment.

BUSINESS DEVELOPMENT NEWS - WINNSBORO AREA
Winnsboro is experiencing solid measurable growth this spring, with Haven's opened at 303 N. Main Street downtown, as well as the new senior center under opened, located at 314 N. Main. The Culture Club on Elm Street is also seeing some improvements and it looks like the Clark House Hotel on Main is almost complete, with beautiful gazebo adorned with huge chunks of art slag glass embedded in the stonework. Also look for some bright things on the horizon for Christian Radio Station KWNS 1047, with Lottie Foster's granddaughter Kim R. Foster finishing her broadcasting degree (congratulations), and working at expanding the marketing and music mix lineup of Winnsboro's long-time station. A  new BAKERY is coming along in the old bait shop at 219 E. Broadway / Hwy. 11.   Winnsboro’s renowned and popular Farmer’s Market runs though October.

for Links for more info, 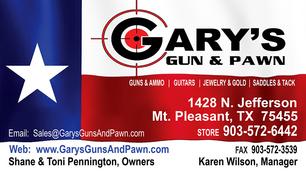 UP TO 7 MILES OF WALKING TRAILS IN WINNSBORO, TX,
CLICK TO DOWNLOAD MAP w/ History Points, Parks and Sites to See

​​It's good business here in the Piney Woods of East Texas!

How to Appear for FREE on this Website:   Publishing your community events on the calendar is FREE. Linking to your current Website (in our area) is FREE. No membership required, no strings attached.   ​Business Card Sized Ads are just $30 a month.  Over 50,000  website hits a year!  *Just Click here for more info; contact us! 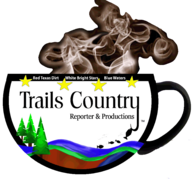 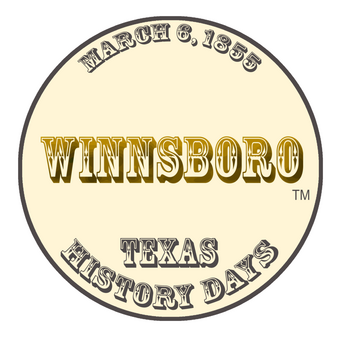 On Friday, September 30, 2022, Vicki Faye Moreno repaid the Winnsboro (Area) Chamber of Commerce $15,000 that she had stolen from it, in lieu of prosecution.  In a letter, Moreno took sole responsibility for her actions and expressed her sincerest apologies to the Chamber for what she had done.  The Chamber is a 501(c)(3) non-profit organization.  Wood County Criminal District Attorney Angela Albers represented the State in the prosecution of the case.

The case was worked by the Texas Rangers.  On June 7, 2019, Texas Ranger John Vance began investigating questionable expenditures after receiving complaints from the (then) Chamber’s Board that there were concerns that a former employee, Moreno, had been stealing during her employment with the Chamber.  Vance reviewed years of bank statements, tax returns, minutes of board meetings, and other financial records provided by the Chamber. Vance discovered that Moreno had written checks to family members and to herself for “contract labor.” She also withdrew thousands of dollars from the Chamber’s account and made numerous purchases with the Chamber’s debit card that she was not authorized to make.

Vance met with Moreno for an interview on July 18, 2019.  During the interview, Moreno admitted to taking the money form the Chamber to make personal expenditures.  Moreno admitted to Vance that it was “all [her] fault” and she was “in financial trouble.”  Moreno was taken into custody and was booked into the Wood County Jail that same day.

Albers commented, “I appreciate the diligence of Ranger Vance for his work on this case.  Non-profit organizations are not out to benefit themselves. They exist to help members of the community.  Moreno betrayed the trust she was given as an employee of the Chamber and she exploited the citizens of Wood County by not only stealing money but money that other individuals and organizations in the community could have benefited from.  Fortunately, Moreno admitted what she did and expressed remorse for her actions.  More importantly, however, is that we were able to get the Chamber some restitution.  We hope that those funds will further benefit the Wood County community and its citizens.”

Editor’s Note:  The Winnsboro Area Chamber of Commerce states that the theft amounted to about $35,000, and provided a copy of Moreno’s letter that stated fully, dated September 27, 2022, “Dear Mr. Baade:  (with the District Attorney’s Office), Please relay to the Winnsboro Chamber of Commerce my sincere apologies for my conduct. I certainly should not have taken the money. I was wrong to do so and there is no justification for my action for which I am truly sorry.”  (signed /s/ Vicki Faye Moreno)

The festivities and pomp of the Autumn Trails annual Queen pageant were held at the Winnsboro Jr. High Auditorium on Saturday Evening, emceed by Dr. David Rose, and hosted by the Autumn Trails Association, directed by Stephanie Thompson.  The pageant included talent, business attire, formal attire, questions and answers and entertainment by many others throughout the evening to a packed audience.  Sheila K. Haynes served as the official ATA photographer.

Queen Autumn Trails Joeleigh Stone (center) and her court Shay Jones (left) and Charis Bassett (right) pose with their roses, sashes and crowns, and will serve representing the ATA and the Winnsboro area for many events throughout the year. 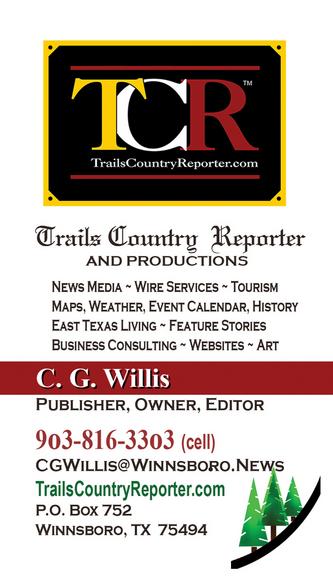 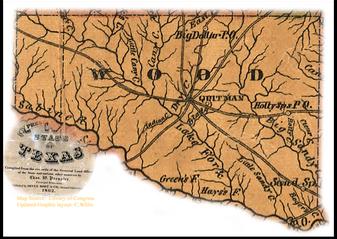 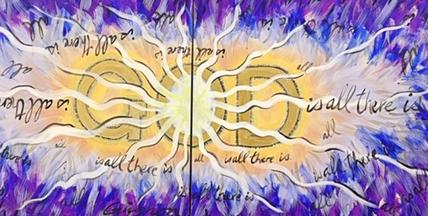